I’m in the home stretch of my dissertation (and that is the lone sports reference you’ll find in this blog). Currently, I working on the final chapter of my dissertation and set to defend in early February. Of course I’m also … END_OF_DOCUMENT_TOKEN_TO_BE_REPLACED

On Thursday morning, my guest blog post, “Worrying About My PhD Life“, for Letters to a Young Librarian went live. I received so many wonderful comments from fellow librarians, library directors, and doctoral students through the LTAYL blog, Tumblr, Twittter, and Facebook. … END_OF_DOCUMENT_TOKEN_TO_BE_REPLACED

This question has been on my mind for the past few months, even more so after attending an academic conference in January. As a first semester doc student I would have been confused at my internal debate over this question. When I … END_OF_DOCUMENT_TOKEN_TO_BE_REPLACED

For as long as I can remember, I’ve had an almost paralyzing fear of speaking in public. Despite the fact that I sung, acted, and improvised on stage while growing up, the idea of presenting my own thoughts and opinions … END_OF_DOCUMENT_TOKEN_TO_BE_REPLACED

I’ve mentioned in a previous post that I consider myself an introvert. I’m not sure when I gave myself this label, but I distinctly remember coming home with report cards that hinted at it – “Abby’s a good student but she’s so quiet”,”Needs to talk more in class”, “Does she have a voice??? Make her talk!!!!” (the last one I made up but you get the idea). There are certain professions where being introverted isn’t a necessarily a drawback (I think), but academia does not seem to be one of them. You would think that a group of people who spend significant amounts of time working solo or in small groups would be naturally be introverted. Maybe they’ve found a way to come to terms with this. Maybe there is a secret that I have been cruelly kept from finding out. What I’ve experienced in my first year as a doctoral student is that I’m surrounded by people who seem to have little fear of making presentations or participating in group discussions. But I have a huge amount of fear. My fear is loud, aggressive, headache inducing, and tends to keep me from sleeping. One of my main problems when speaking in public is that my mind blanks. I have thoughts. I’m a relatively intelligent person. But when I’m forced to speak all my higher level thinking disappears to somewhere far, far away. So what do you do when public speaking seems to be a requirement?

What I have accepted is that I am an introvert. I’m quiet and shy. This will never change and I don’t want it too. I no longer see it as a flaw that must be corrected. I think this is an important and necessary step. But I know that I need to be a better public speaker. I’m going to have to do a significant amount of it to get my PhD. Defending my prospectus and my dissertation, along with conference presentations, demand a lot of public speaking and quick thinking. At the moment I’m setting small goals for myself. Saying something (anything really) during class discussion and carefully planning out possibilities for short presentations, and trying to figure out tricks/tools that will help me relax when I speak publicly. The end goal is to defend my prospectus and dissertation with turning beet read, rambling, and possibly fleeing. It’s the small things.

Some introvert links that I liked. Everyone loves a guide.:

A Guide to Public Speaking for Introverts and Shy People

* a sort of confessional

I’ve been a student for a long time. Before I began this program last fall, I thought I had a solid understanding of what it means to write for an academic audience. But I had no idea of how much my writing would evolve over the past year. I’ve written a lot, read a lot of the literature, and received a significant amount of feedback about my writing from my colleagues. I imagine it was the sheer amount of writing I had to produce that helped improve my writing. Practice makes perfect (or at least reasonably good and possibly publishable). And also the comment on one paper, “I don’t think you know what you’re talking about.” No. No, I did not.

Earlier this summer, my major professor and I talked a bit about our writing styles. Sometime during the past semester, I had a friend who after reading some of my papers told me that my writing was very direct. I wasn’t sure if this should be taken as a compliment or a critique. Luckily I have a major professor who is a clear and direct writer herself. She recommended a writing style called Writing Degree Zero. I did a bit of research and found that this style comes from a book of the same name by Roland Barthes. He published Le degré zéro de l’écriture (it sounds better in French doesn’t it?) in 1953. In this books of literary criticisms, Barthes suggests neutral, or writing degree zero, as the ideal style. It is a freer style of writing, a release from clichés, over blown language, and metaphors. Exactly what I like. He also throws around words like bourgeois, revolutionary, and Marxist (which you can never have too much of).

I particularly liked this quote from the book. It’s very beautiful.

“Literature is like phosphorus: it shines with its maximum brilliance and the moment when it attempts to die.” 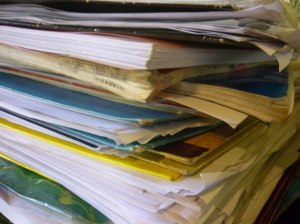 Queering up your shelf, one rec at a time!

Blog of the New Members Round Table of ALA

The premise of this journal club is to discuss articles and blog posts about Diversity in STEM and academia. We post the paper/topic the 2nd week of the month, and discuss the third Friday of every month at 2pm EST, under #DiversityJC on Twitter. Hope to see you there!

What I don't know. Yet

here, queer, and ready to read

Academic librarian with 15+ years of experience. Passionate about lifelong learning and student success. Interested in user experience and organizational leadership. For me, being a librarian has never been about the books--it's about the people!

wrapped up in books

The Hub for Library-Social Work Collaboration